That John Adams and I rode a Triumph 21 to the 1969 Shamrock Rally is a fact, and the short version. Brace yourselves, make a cup of tea, or re-charge your glass for the long account. 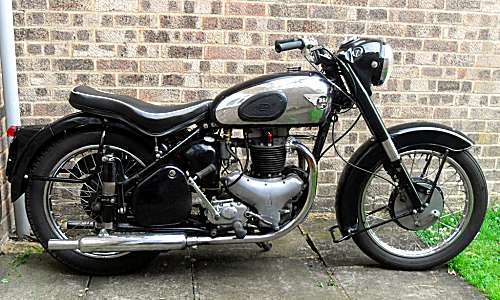 My first taste of motorcycle rallying was in 1968 (my 20th year on this planet) when my brother and I rode a plunger-framed BSA 650 Golden Flash, (painted black) in mid February to the Dragon Rally. It was a very wet rally in 1968 but we got away with it by pitching on well drained ground. Others were not so lucky and at a time when new-fangled tents with sewn-in groundsheets were appearing, we were quite amused in the morning to see one rallyist asleep, or dead, in three inches of water contained within his fancy abode.

Also, my sister and her boyfriend (more money than sense) on a Norton 650SS came up to the LLanberis Pass to join us, but then deserted to a local Hotel, leaving their sodden tent and contents for the Welsh.

I caught the Rally Bug in North Wales.

With Tenbury Wells MCC in 1969 I met John Adams, about ten years older than myself and one of the club's original founders. Seeing that I was keen to try another adventure, he suggested trying to get to Anascaul on the Dingle Peninsular for the Shamrock Rally at Easter in 1969. No-one else could join us and so we decided to team up on one bike to save money. 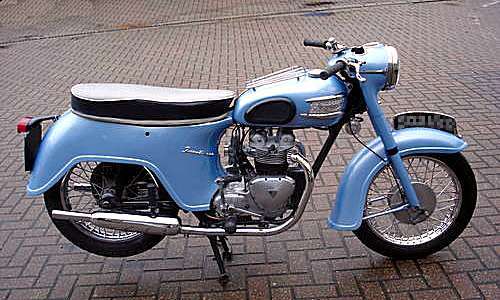 Leaving my BSA and John's Triumph Thunderbird behind as too thirsty, we used my newly aquired Triumph 21 350 twin. I don't know whether the '21' was the top speed or the time it took to get to 60mph! That little Triumph, later converted to Tiger 90 spec, had to work hard for us.

Friday before the Rally came around and we set off to cross the North Welsh hills, aiming to catch the midnight from Holyhead for Dublin. It was a cold Easter time and there was plenty of snow about as we came over the highest point. Now breezing downhill, confident that we would make the ferry in time, our complacency was shattered in an instant as our rear tyre suddenly went completely flat. "Hold 'er boy!" shouted John in his best Worcestershire Tractor Driver's voice, " hold 'er! " as I wrestled with this bucking bronco beneath us slapping from side to side. We stopped and calmed down, in the gutter on the wrong side of the road, but alive and uninjured. Now began, in the cold and dark and wetness of the hills, a lesson from John on how to remove a slowly detachable Triumph rear wheel, UGH. The reason for the sudden deflation was a three inch long x quarter inch bolt which had entered the tyre causing seven holes in the inner tube. We changed the tube and just made the ferry in time.

Once aboard, we waited patiently with some other thirsty voyagers for the ferry to set sail so that the bar could open legally. Many returning Irishmen thronged the bar, and as there was not any queuing system that we could understand, it was necessary to force our way to the front the same as everybody else.

In Dublin we visited a bar on O'Connell Street and saw the famous Post Office. Getting out of the bar was a little difficult because the Irishmen were so friendly, but the Shamrock was our mission and so we hit the road. After a good while we stopped at a Road House and had a good meal of home cured bacon and rich eggs. On the way down we occasionally saw men ploughing with horsepower and, believe it or not, one man was ploughing with ox power. In England, the last working horse that I saw was a shire pulling an overloaded hay wagon in 1964. Ponies and traps or small carts were seen now and again. At Limerick I can't remember if we stopped for a Guinness or not, but I think that it was in the Tralee area that we saw lots of Gypsy or Travellers caravans, many of them horse-drawn, all pulled up on the left hand side of a dead straight drovers road. Next stop was Anascaul.

At Anascaul we were greeted by a large banner strung across the road, welcoming us to the village. It was quite touching to see such a hearty welcome given to us motorcyclists and I hoped that everyone would behave themselves in return. We rode through the village to a very green field somewhere and pitched up our tent. Details I can no longer remember after 50 years, but I know that many of us bikers headed into the village for a pint or two, but at which pub I cannot swear to. What stood out was that there appeared to be no law on how long the shops or pubs should stay open and every one seemed wide awake and happy, even past midnight. In the Community Hall a Ceilidh was in full swing and we watched children and others dancing and generally having a good time.

Here I have to devote a paragraph to the most memorable event that I witnessed in Anascaul that night. Within a pub, I know not which, but it had a plain wooden floor in the bar, many motorcyclists and locals were putting much money over the bar and the barmaids were working hard. Standing centrally and a few feet from the bar was a large and old Irish gentleman who had drunk a pint or two but wasn't going home yet. He must have been 70 if a day and one could tell that at 20 he must have been a very powerful man. One of the barmaids said that he had been in the IRA and was in Dublin at the Easter Rising in 1916. Has my memory failed me, or did she also say that he was at the GPO? Anyway, I felt some respect for his past bravery and bought him a whiskey. A short time later I wished I hadn't because your man keeled over where he stood, and his head hit the floorboards with a loud bang. When we suggested that he should be taken to hospital, the barmaids said no, and that we should carry him outside and lean him against the side wall of the pub, he would be gone by the time we left. This we did and the barmaids were right.

Because John and I both had to return quickly to England for work on Monday, we could not stay or take a slow tour on our way home, we had to get moving. On our way up to Dublin we saw people going to church, some in pony-drawn traps or gigs. Later we saw horse-drawn transport parked outside pubs; presumably the little lady had gone home to finish cooking lunch while the old man talked business and whetted his whistle. The rest of the trip home is just a blur now, nothing to say.

One year later and a fresh round of 'Troubles' started and I felt unable to visit Ireland again until they were over, but as we all know, this time they would last decades. I did not want to visit a country where I was not wanted, but now at the age of 70 I would love to take the risk and re visit Anascaul, go into the South Pole Inn and drink a toast to Tom Crean.

I have enjoyed reading your memories of the 1968 Shamrock rally. I looked it up as I found a badge in my grandad's belongings recently along with a number of other badges and a programme.

I wondered if these items may be of interest to you or if you might know someone to whom they would be of interest? If so, please contact me via LPMCC.net or please pass on my offer to someone who would be interested in the items.

My grandad was Frank Vaughan. He rode with Gerry Kennedy. He also attended the rallies with his wife Anne and their two daughters.

He had a BSA gold star, and was a BSA Owners Club member. My grandma had a Triumph, possibly Bonneville. They had a friend from Germany who had a ranch, they called him Heinz but that's all I know about him from stories.

My grandparents also had a motorbike and sidecar (that was also a BSA).

They loved the rallies and they have so many photos. They had a magical life together with their bikes. I am so happy to have found a community who share their passion.