First held in 1980 this popular rally is now in year and going from strength to strength. 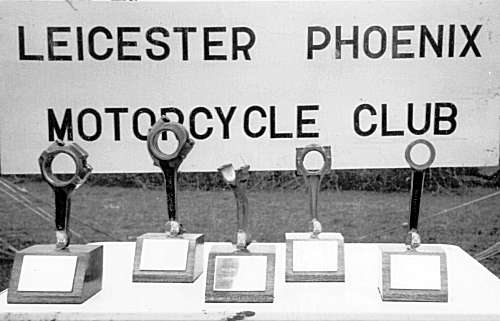 If you want to attend the next Big End Rally then you will need to pre-book as there is a strict limit on numbers.

This year the rally is on 9/10/11 August.
Tickets £16.00
Cheques payable to Leicester Phoenix MCC
Entry by Ticket Only
NO Pay on the Gate 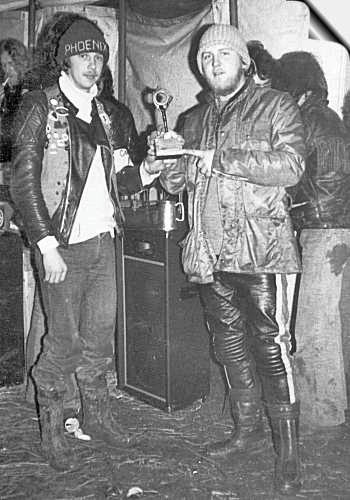 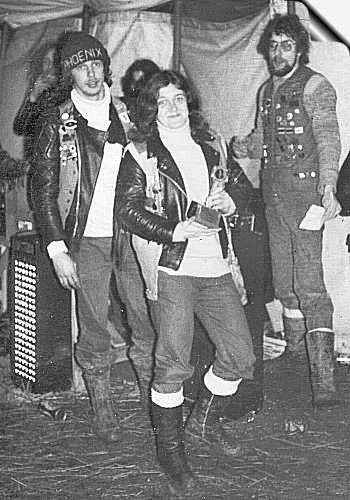 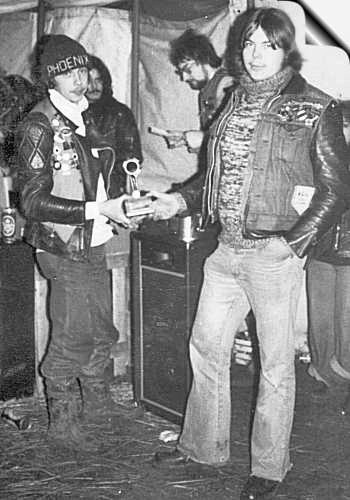 Here are a few pictures from the early days, maybe even the very first Big End Rally, who knows?

Appropriate trophies were awarded to rallyists. Or perhaps they were spare parts for the trip home.

Alan Reid was pressed into making the presentations as he was the best dressed club member at the time.

He even had 'PHOENIX' spelt correctly on his woolly hat. 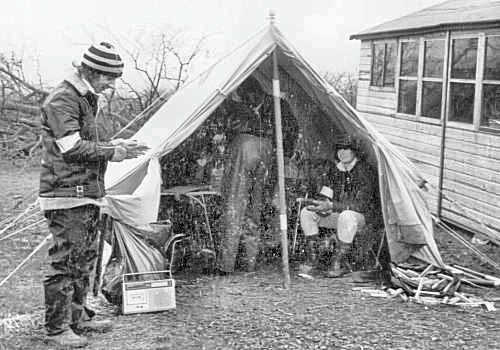 The check in control operated all night. Pity the marshals all passed out from the booze. 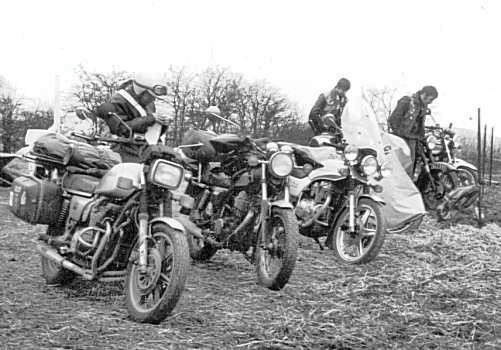 Motorcyclists arrived from all over the country. Perhaps they did not know where the rally was being held.

No sissy welly whanging for the Big End Rally. They chucked real big ends complete with shaft and flywheels. Was there any truth to the story that they were removed from the bikes on the spot?

Later on Saturday night, as on all boozy rallies, there was another chucking contest involving second hand beer.