It's Tartan time again, and a fine weekend is forecast. It's best not to build your hopes up too much though, this is Scotland in October!

I have a good quick run up to the Glasgow area, but then on the section towards Stirling at Castlecary Arches and up to the new overpass at what was Auchenkilns roundabout, everything stops. The whole section of road is now being upgraded and the signs say expect delays for two and a half years! 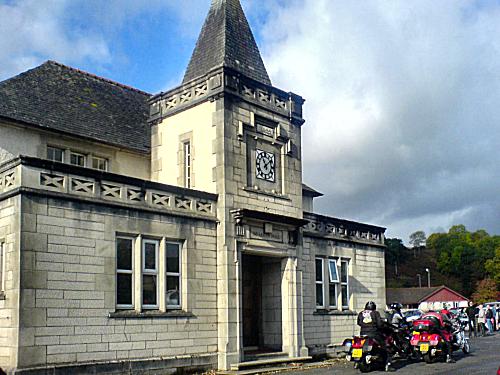 It's too narrow to split lanes safely in the roadworks section, so I have to relax and think what a good time I will have on the Crianlarich Road after Stirling. Wrong again! As I get on to the best roads of my journey it starts to rain! Oh well, it doesn't slow me down too much, I just have to keep things smooth. But it makes the overtakes a bit tricky.

As you know, officer, even an old BMW can easily keep up at the legal 60mph we were both doing.

While I am waiting for an opportunity to pass a couple of cars, I see another bike approaching quickly. He follows me past the cars and then has the nerve to overtake me too. Well it was a Fireblade. The run to the rally then took on a lot more urgency and I had fun by just nicely staying a couple of bike lengths behind him. Only having 70 BHP (and that was 30 years and over 200,000 miles ago) is a distinct advantage in the damp conditions, and evened things up nicely. And as you know, officer, even an old BMW can easily keep up at the legal 60mph we were both doing. 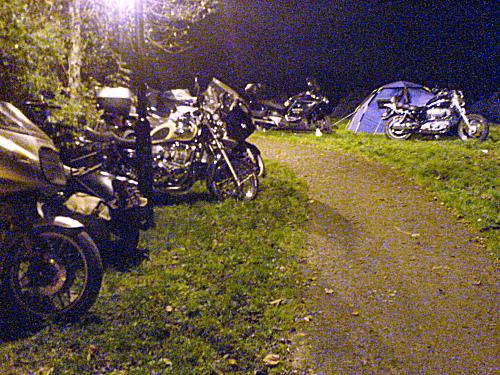 Camping is in the local park/football field for this Rally, and we have all the facilities of the village hall. The park footpaths make access on the bike easy and also, if you position your tent just right, the street lights mean you don't need a tent light! The free tea and coffee and cut price meals are good, but best of all is the Mercury MCC's bar where bottles of real ale are on sale for less than I can buy them in my local Asda! 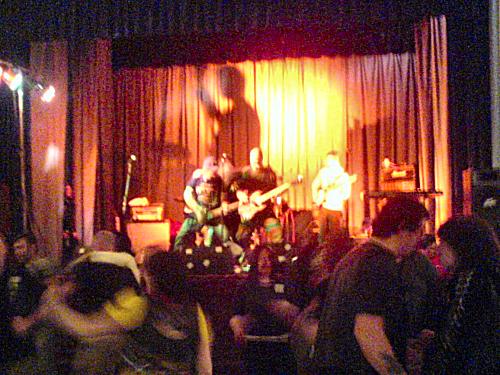 There is a band on Friday night in the hall, but I only catch the last hour or so because I spent most of the evening in the Hotel lounge over the road. 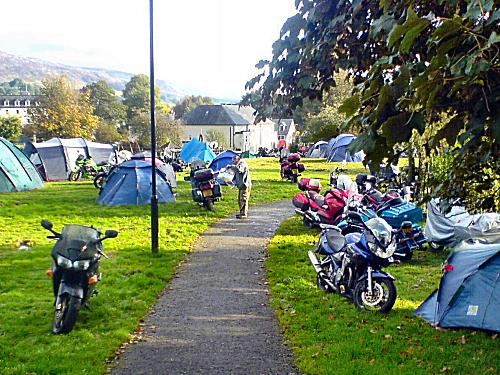 Saturday morning there is rain early on, but that's not a problem as I had no intention of getting up early anyway. 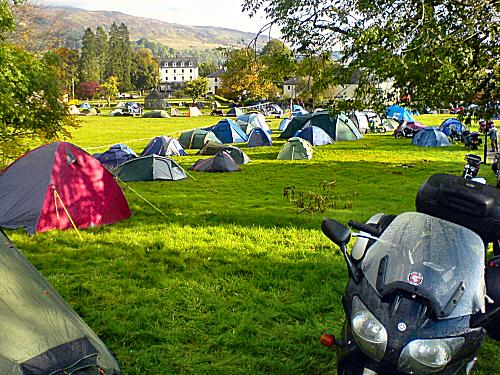 It brightens up later and I went for a run out with Len and Marita Tempest around Loch Tay to some tea rooms at Kenmore, then over the pass on the B road to Amulree then down Sma Glen to Crief and along past Loch Earn and eventually back to the Rally site. 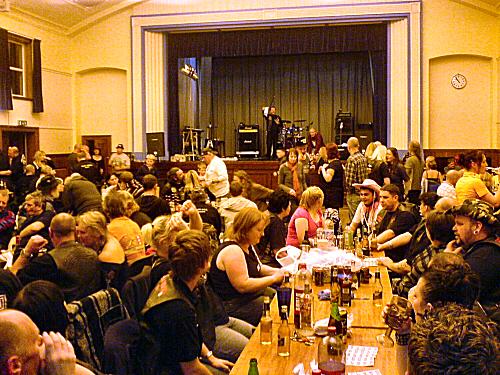 Saturday night is a repeat of Friday except for the excellent meal we had in the Falls of Dochart Inn and a bit of an earlier night with a view to a reasonably early start home on Sunday. 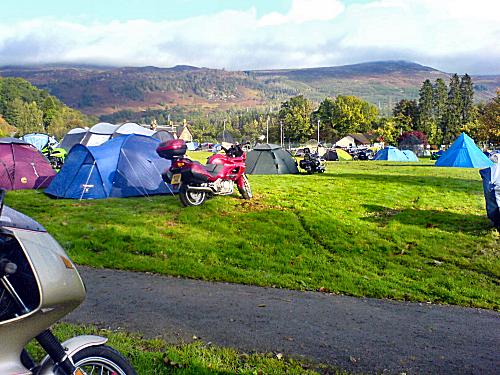 The road works are even worse on the way home, as they had everything down to one lane to allow demolition of one of the old bridges. I suppose it will be a good road eventually, but it seems to have been dug up for most of the thirty odd years I have been using it!

Another Tartan done and many thanks to Mercury MCC for an excellent weekend.