After the 1975 FIM in Poland we were promised a biker friendly rally at Neptun on the Black Sea coast. There was a company of five riders taking part this year comprising Dave OByrne from Jersey, Steve Shutie, Big George Lewis, Tony Bradley and Ben Crossley from the LPMCC. 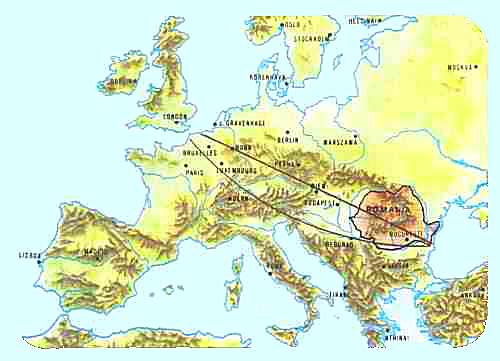 We arrived at the Hungarian border about 6 o'clock and there were hundreds of German caravans waiting for the control to open so they could go camping and fishing at Lake Balaton. A spotty conscript in the Hungarian Army toting a submachine gun took an interest in our motorcycles and to Big George's annoyance, tried to peel a sticker off his top box.

To stop him making a mess Big George took out a packet of advertising stickers which he was taking along to swap at the rally and gave the lad a couple. He was delighted and showed his friends who also came along for a handout. About ten minutes later we heard someone calling from the checkpoint about 400 metres ahead of us. We were being called to the front of the queue. We needed no second calling but an irritated German next to us in the queue took hold of my luggage rack to hold me back shouting "We have been queuing since five o'clock!"     "Keep a hold and I'll take you through - if you can run at sixty mph."

Inside Hungary we were stopped by a policeman seeking dollars. We pretended to be Italian by standing round the hapless individual and shouting at each other over his head. We denied having hard currency and would only show him our passports but not let him take hold of them. Once he had one he could make tracks for his police station and we would be forced to follow him onto his home turf. So we kept up a loud but meaningless conversation while he radioed for help. The gist of the reply seemed to be "You caught them, you skin them." He let us go with a warning.

The route through Romania took us across Transylvania. We should have got the message.

Rumour had it that President Ceausescu had a summer palace nearby on the coast and didn't want to be disturbed by noisy motorcycles. As a result all motorcycles were impounded on arrival and kept under armed guard at the parc ferme. We were then ripped off and cheated by every system possible. People may say that riots and civil disobedience need to be organised. I can honestly swear that our own actions were spontaneous and along the way we met up with the rest of the British contingent on the way to get our bikes. At the entrance to the parc ferme the real Italians were shouting at each other over the heads of the armed guards but without progress. We claimed we were collecting camping equipment and went through to our bikes. At a signal we all rode to a back exit. As we approached a youth in a uniform reached for an automatic pistol. I waved to him with a big smile and to our relief his hand paused and then lifted to return the wave. An instant later there were too many of us and we overwhelmed the guards to make our escape. We didn't look back to see if they were waving or had reached their guns.

At the awards ceremony the Romanian organisers were met by jeering and booing in a Mexican wave of sound. One after another each country's participants shouted them down and as they quietened another country took up the call in an echoing condemnation of the fiasco. 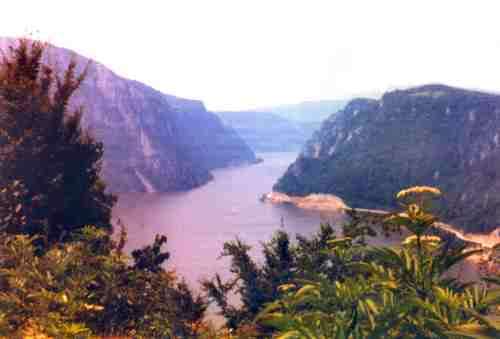 We escaped from the rally at the first chance determined to reach Jugoslavia the same day. We rode without food to make progress. But before reaching the Iron Gate the light failed and our hunger overcame us. We decided to camp within a few miles of the border and get supper. It was not to be. The restaurant we found refused to serve us so we stormed through their kitchen collecting as much as we could find and then cooked it ourselves.

The best part of the Romanian FIM was the ride there and the ride home. As always!

The Rally was reported in Megaphone in three parts. A Typical Day's Ride, The Great Escape and Bastille Day are transcribed in the Megaphone Section.