Key of the Door Rally

I remember this one.

It was by invite only to celebrate the 21st birthday of a big rallyist called Cat.

I believe he came from the Buxton area of Derbyshire where the rally was held. I was there on my T160, making the short run across from Mansfield with a lovely pillion by the name of Wendy. 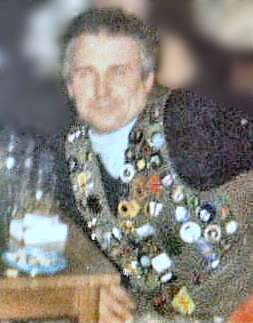 I remember Charlie Bulbs was in attendance. He was well known within the rally scene on his CX500. Halogen bulbs by the bagful; had something to do with his employment at Fords in Halewood, Merseyside if I recall. Three quid each, two for a fiver, no receipts issued. Any hardcore rallyist on the scene in the late 70's early 80's will remember him with affection, from the Dead Ants Rally at the Cat & Fiddle to the White Cliffs Rally in Kent.

Yes I remember that rally too. Can't remember the exact site, but I think it was at a club or some such place near Longnor. I was there on my SP370 Suzuki trail bike. 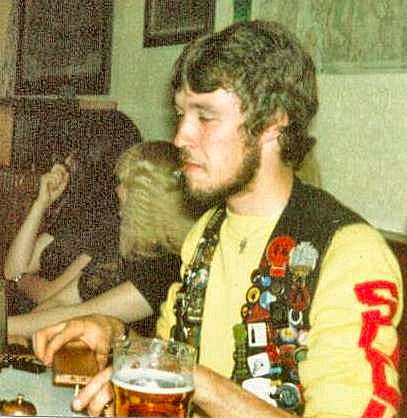 Cat was quite well known at the time. He had a Suzuki DR400 trail bike which he was fond of wheelying. The police in Buxton took a dim view of this however and he had to make a court appearance. The magistrates actually let him off with a warning as it was deemed to be "just youthful exuberance!" Those certainly were the days!! I believe this was all reported in Motorcycle News.

As they say what goes round comes round.....
A short while after at either the Braille Rally or the Goose Fair, he was performing for an audience outside The Man of Trent, but got it slightly wrong. The bike hit the car park and was less forgiving and Cat must have exceeded his nine lives because he ended up with a broken leg!!

Excellent work Ted, digging out those old photies of Charlie & Cat. That has really stirred a few good memories for this old biker.

I wonder what became of those two characters? Still on the scene?

I hear from Ted that Charlie Bulbs is now twinkling up there with the stars, God bless him.

The Key of the Door. Wow. First time I met Cat. He held it for his 21st birthday. I met Cat again only last year at the Shipley Harley Rally. He's still riding, doing rallies.

We went to the KOTD, we being the Chequers Bikers Club. Hadn't met him before, but had a great time at the rally and led to Cat visiting us regularly (with his mate, Clive) at our pub in Horseheath near Haverhill. I think he had a 'thing' for my sister, Jane.

The Chequers did loads of rallies in the early '80s, all over the country and in Holland & Belgium.

I still do rallies, mainly HDRCGB as I ride a Dyna. Lots of good people in the Riders Club and a big rallying contingent.

Send in any other information and we can probably make it into a book and sell the film rights.

Still drink with Cat and Clive. At the rally Cat had a pot on because he had come of pulling his wheelie a week or so before.

Still has a Harley and Clive has just changed his bike.

My name is NODDY. If anyone wants to ask about Cat or Clive, Facebook ANDY NEEDHAM