We did the Ides of March Rally for 10 years, first the New Inn then the Alma and now the Shepherds Rest Inn which I think is somewhere in the back of beyond. These are some photos from 2003 and some 2007.

Everyone for some reason thought I was Steves wife Linda so I spent Saturday being called Linda. Must be something in the water in Yorkshire ha ha ...

I noticed a lot of the regular people where missing in 2007, maybe they got lost like we did in Rochdale. 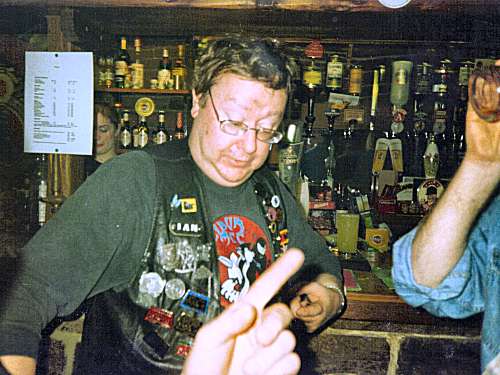 Really miss the walk into Sowerbybridge and it was great when we got told to stay in the bar because the locals where dining in the lounge.

And I fell in that ditch by the campsite just before I totally demolished the dry stone wall trying to get over it in the dark. 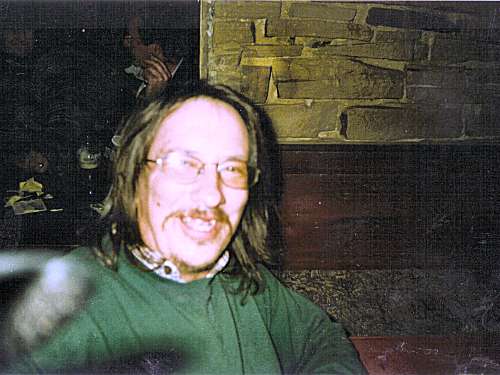 Wilf from The Mayflower MCC Ides Of March 2003 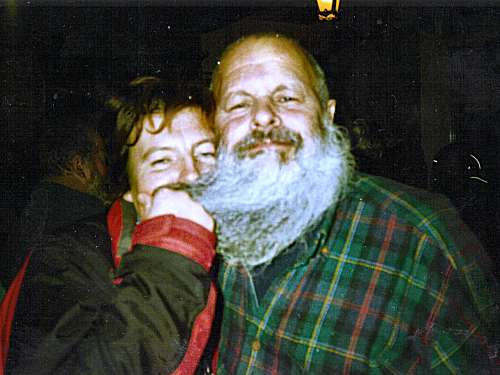 This is at the Alma Inn, me and some bloke. This was the year we camped across the road in the field full of cow pats and someone opened the gates and let the cows in the tent field.

The Ides of March this year was on a new site. In Last of the Summer Wine country just outside Slaithwaite and the field was so muddy I could have done with Compo's wellies. For the first time in 48 years they had loos on the field and even did T shirts!

The landlord of the pub went out of his way to welcome us, keeping the pub open from 8am to 2am and putting on breakfast.

I do hope they keep this site because they have moved sites a lot in the last 11 years.