We were the Greenwich Motor & Motor Cycle Club and used to marshal at Brands Hatch.

We rode from Plumstead on the 1967 Rally.
I think the Club used to meet in Falconwood. 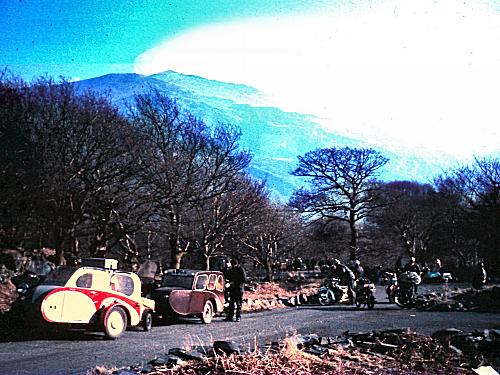 The only bike I can remember is '65 Triumph Thunderbird outfit. 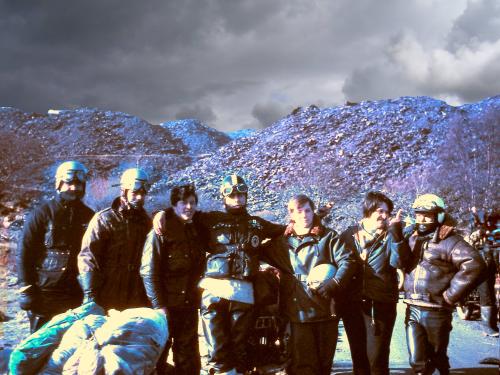 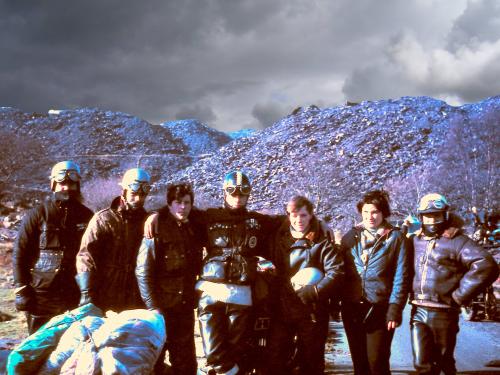 The Greewich M&MCC crowd posing in front of the slate heaps. 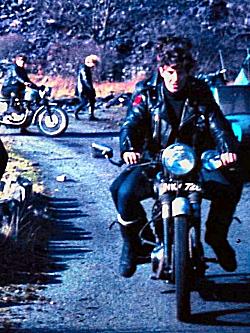 Martin on a solo.

When we got to the campsite we then had to find somewhere to rebuild the back wheel of the outfit as quite a few of the spokes had sheered. Most of the weekend was spent doing that. 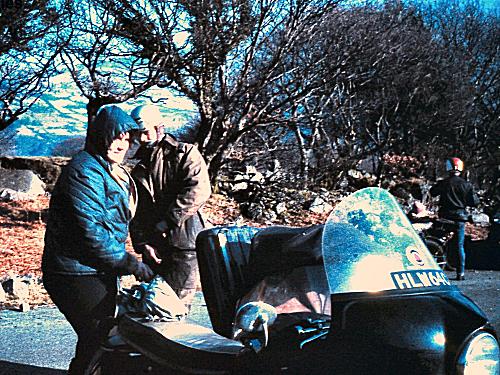 I was about 5½ months pregnant. 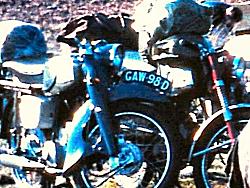 A couple of early Japanese motorcycles on the campsite. 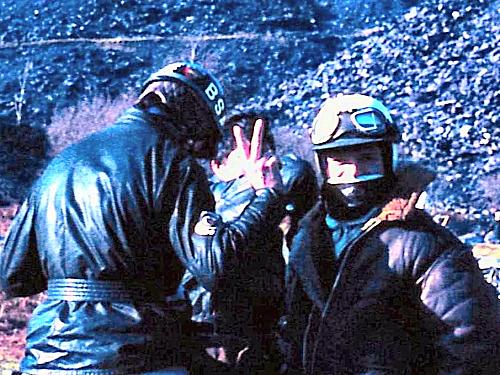 Haven't ridden for years, but still connected to bikes. My three kids ride bikes here in Western Australia. My daughter is a passenger on a road racing outfit.

Went there in '67 as a passenger on an old Triumph outfit. Clutch gave up on the way back so we hitched into north London and the owner went back for it the next week. Kind man let him leave it in his shed.

To complete this page on the Dragon 67, here below are a few more photographic documents.

1967: Went as a passenger on the road burners Road Rocket, 15 years old to Llanberis site.

1968: On my new BSA Barracuda, now at work and already had 7 bikes. Picked mate Dave Mathers, up as he crashed his Thunderbird outfit.

1969: Yes, one of the few, and given a cloth badge from my old friend John Emms who I met over the next 35 Dragons and remained in touch, originally meeting him at Joan's Cafe in Redditch in the 1960s.

I did the elephant in 1970 on my 1962 Eddie Dow DBD34 Gold Star. Then the following month, the Dragon. Yes, in full clubmans trim

In 1995 I lost my son, my wife Christine was in hospital and John stayed with me over the Dragon weekend at the rally. This was my hardest rally ever. However, my wife finally came home and returned to coming with me to the Dragon.

2020: I have made it there and back for the 54th year running, although the current 2001 African twin seems to big now, so looking for smaller bike.

Next year will be my 55th Dragon rally and the Conway Club's 60th. Hope we make it.

I have been on 37 different bikes I owned over the time. I still wear my tartan trousers, only get them out for the Dragon now.

Go on the way to the Bruce Pollard memorial rally on Friday at Gillers Arms. Bruce came many times to the Dragon, lived by me in early 70s. Came to Elephant in 1972, still got photos.

Bruce signed the Green Dragon book and gave it to me just before he passed. It had some photos of me inside, a treasure.

I could go on but hope to meet all of my old friends that still go (not many left) and all the new ones.