This rally was at the pub with two names. The Anglers Rest and the Moon and Sixpence, just outside of Whitby.

It was a three day rally over August Bank Holiday. 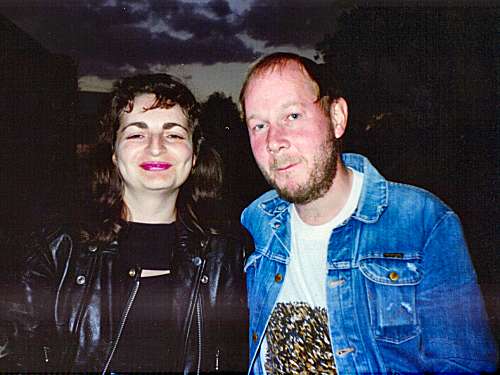 As soon as we got there we had problems with the bike. The immobiliser immobilised the bike. Mick spent Saturday morning taking the bike to the top of the hill and jump starting it with no luck. So i phoned directory inquries for the AA number.

Mick spent the next 15 mins telling some women at alcohol annonymous that his bike won't start.

After finding the right AA number we spent most of the morning getting the bike started. The AA bloke asked Mick where his battery was. "I don't know" he said "I only ride the bike!" For all ZZR owners, it's under the tank.

Then we took the train in to Whitby, The Lion Hotel and met a bunch of very friendly locals. One gave me a dozen eggs for our breakfast. Sunday night we where kept awake by owls hooting and as soon as we fell asleep the cockerals started!

Monday morning we started for home, got as far as Whitchurch, Salop and broke down again, so Carl came and picked us up in his van. Lot eaiser then waiting for the AA man.