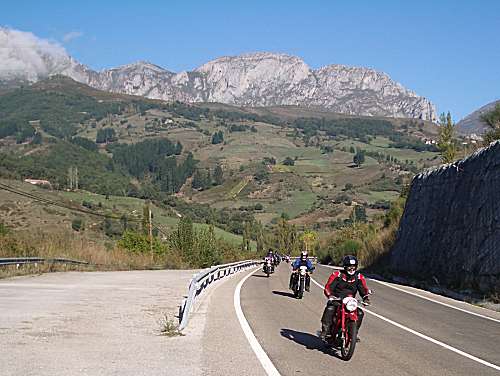 Rather pretty cows and quite musical with their bells dinging, or was it donging?

After our early night we had no problems arriving on time in the Square ready for the ride to "Area de Cabrales" some 120 Km away. The road for the first few miles turned out to be the roughest we had encountered during the rally and rattled the Venoms suspension a bit but not enough to break things, well not at a slow pace. The road started to climb and narrow so hazard perception mode was turned on and only just in time as the local farmers appeared to be moving all their cows down from the higher ground, maybe for the winter? Whilst waiting for maybe 15 minutes Helen pointed out they were rather pretty cows and quite musical with their bells dinging, or was it donging? What I noticed most was they appeared to only leave their cow pats on the bends along with the sweet chestnut trees only dropping their conkers on the corners the cows had decided not to poop on. It certainly made this part of the journey quite interesting.

Stopping at an attitude of 728 metres to view yet another panorama the short leg problem showed itself again with a BMW R1150R rider having to be helped back onto his feet after his engine blew out just when he was coming to a standstill. Only pride hurt once again. I hope his mirrors were ok. When I did this on the Stella Alpina Rally whilst riding my R1150RT it cost me £174 to replace them! 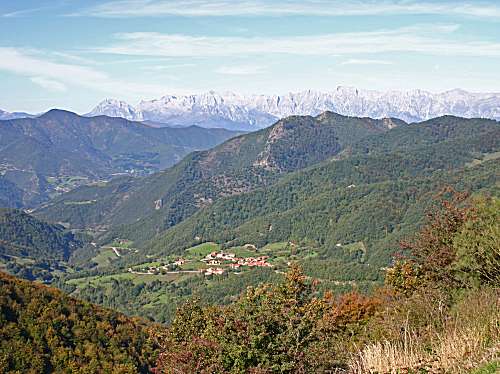 Moving on we peaked at 1153 metres and stopped for another view. We really were going into scenery overload on this trip, stunning views every day, just brilliant! Casamaria was the lunch stop for today and, just for a change, lunch was mixed tropical fruit and nuts plus the usual range of drinks before returning to Colombres for prize giving and "Fabada" which is a Asturian traditional bean and sausage stew. I liked it and one thing's for sure - we did not go hungry on this rally. 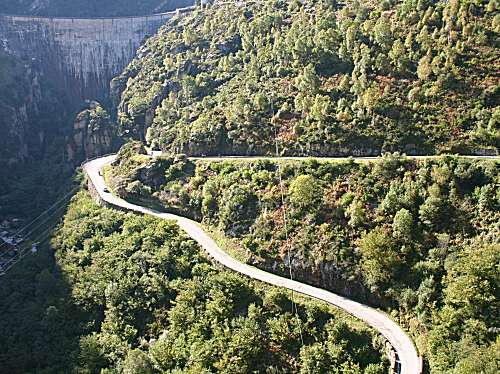 As with all Rallies there has to be a prize giving and Sunday afternoon was the time for it with the weekend almost over and everyone thinking of going home although the whole town centre was full to bursting of not only old bikes but hundreds of others which had ridden in for the day or maybe the weekend. 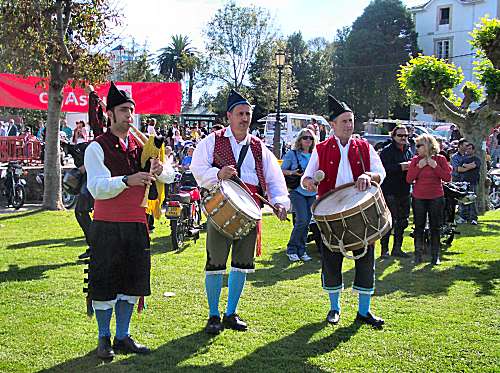 Jane from Leicester helped with translation during prize giving and quite a few entrants we had spoken to over the weekend received them. 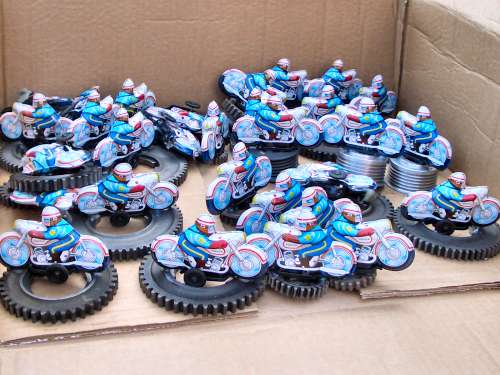 I had ridden behind a rather nice yellow Honda 400/4 several times so it was nice to see Virginia collecting her prize with much whooping and jumping for joy. Serena got one for the "Spirit of the 5000 Curves" and Sue on the Honda 250 G5 and Philipa on the Moto Morini got prizes as well. Brian who we had lined up with at Portsmouth won a prize for his BMW R50 and there was lots of others who we recognised but whose names we never knew. Really we had all took one prize home with us and that was the vivid memories Moto Piston had given us. So thank you "The Moto Piston Team". 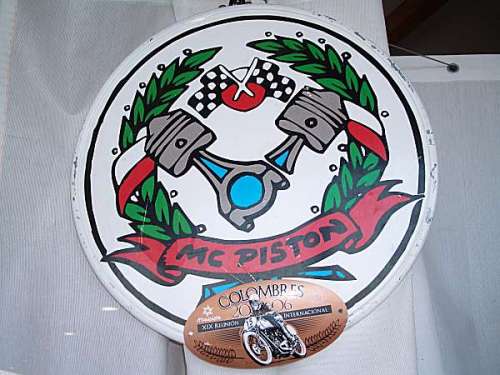 The evening had not arrived yet so a table for eight was booked at the Rib Shack were we feasted on Ribs once again followed by final drinks at La Franca and that was it all over for Moto Piston 2007.