The Adam Rally is a sidecar event organised by the Anglo Dutch Associated Motor friends. It's been held at a variety of venues in Holland, usually on the spring bank holiday weekend. 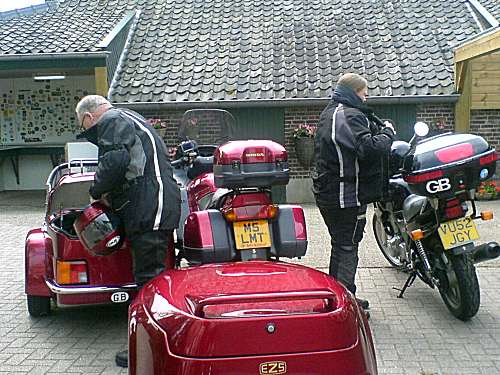 Last time I attended (2007) it was on a camp­site near to Zelhem. This is a handy place for a sidecar event as Zelhem is the home of E.Z.S sidecars, so it gives you a chance to look at some superb outfits. In fact you can also look at all the latest solos from most of the major motor­cycle manufacturers, because EZS are based behind a large Motoport multi-franchise dealership.

I had decided to have a break from going over to the Isle of Man TT, and instead had a week or so mainly in Holland, in the company of Len, Marita, and Laura Tempest. We went to the Adam on the first weekend, visited the "Bikers Farm" motor­cycle only camp­site in Germany, had a day in Zelhem with friends after the rally, then went to stay at camping D'n Toerstop, the Dutch Biker camp­site. We finished off with a night at the Groenedijk bikers' loft hotel near Ostend, so it was a busy week! 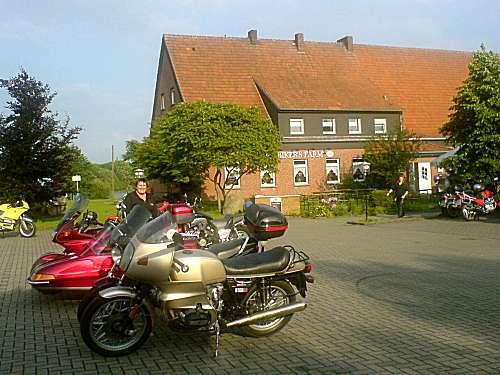 One of the surprises about this trip was that my ferry fare (Dover to Dunkirk with Norfolk line) was less than a third of the cost to go from Liverpool to Douglas, it's amazing how the fares to the Isle of Man virtually double at TT and MGP weeks!

The first evening at the rally was spent walking round the camp­site, seeing who was there and catching up with what people had been up to, or who had a new outfit etc. 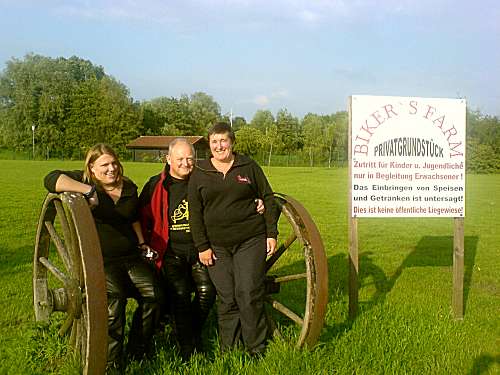 Being a sidecar rally this event is more family based and very laid back. Having a sidecar and possibly a trailer enables you to bring all the home comforts with you. My Force Ten looked a bit basic when compared to the large frame tents most of the others were in! There are always plenty of interesting bikes to see at a sidecar rally, because everybody has their own idea about what makes the perfect outfit, so they are all different. You can spend a lot of time wandering round comparing the various merits of all the different ways of doing basically the same thing! The days of just bolting a chair onto your solo seem to be over, with leading link forks, or hub centre steering, sidecar wheel steering and really huge low profile car type wheels being commonplace now.

There wasn't a bar on site and you had to make your own eating arrangements, but as there are plenty of supermarkets in Zelhem, and of course most of the bars do food, this didn't create a problem.

The camp­site as you would expect in Holland was flat but a little bit sandy and had superbly clean facilities, kitchen / toilets / showers etc. There was a large "barn" type room which on the Saturday evening was turned into the rally party room; we all got together for a meal and one or two drinks!