Since his membership of the Club in the 1970s and 1980s Alan has paired up with fellow past member Tracey Mauger. They have their home in Wigston which is handy for Alan to reach the Magna Street HQ of LHM, Alan's maintenance contract company. (Possibly a reason that Alan doesn't get to many reunions?) 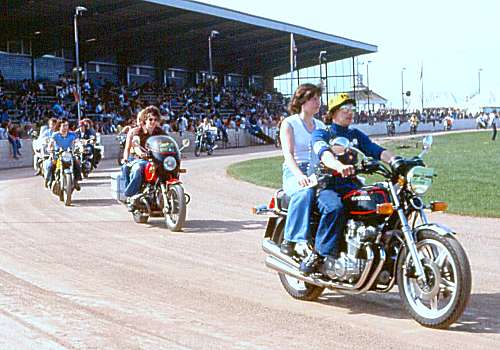 There is no break in Alan's ownership and (ab)use of 'mad bikes' from youthful 70s to date. These years he does set time aside from building a business empire to make the Grand Tour of the continent, admittedly at indecent speed.

Alan and Tracey became engaged in 2005 but when pressed for a date respond "Thinking"!

Alan was called 'McTavish' by John Beccles who was always too inebriated to remember anyones name. (Better than snotgobbler I suppose)