Thank you all marshals who volunteered enthusiastically, performed faultlessly and behaved cheerfully. 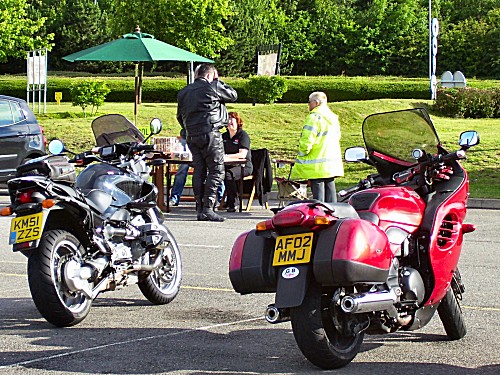 Keeping Ben off beans for the duration saved the parasol being blown away.

Riders who did the special tests at MIRA had rain but Kegworth only had a little drizzle in mid afternoon. By the time riders were finishing at Kegworth we had brilliant sunshine.

Riders came through in a different pattern from previous years. A dozen started at Kegworth. Many passed through early on, mostly coming directly from the special tests at MIRA.

To encourage a prompt start at 2pm we told riders the starting pistol was loaded with live amunition.

Bat and particularly Lark watch did not see many riders passing through. Marshals prefer to be kept (reasonably) busy but in the quiet times there is always good company.

A lot of riders finished the rally at Kegworth. It was closest to home for some and a central compromise for a few.

I expect Kegworth could have been number two to the Ace Cafe in popularity for finishing. 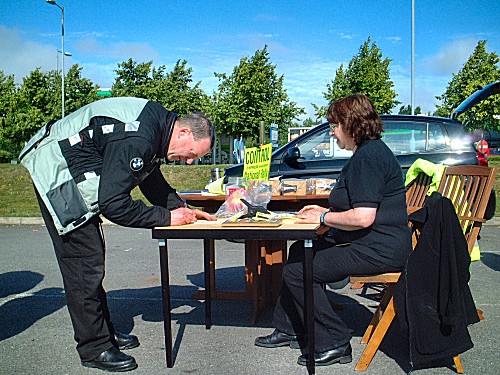 After two or three marshals had struggled to cope with 16 riders on Lark Watch we left Rachel Crossley to sign off 79 finishers on her own.

Mary Grant was even more ebulient than ever when she found out that Andrew had won the Pre 1970 Award. You'd never think he is over thirty. 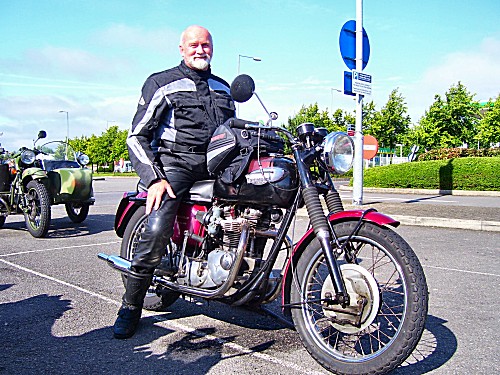 Andew Grant forsook marshalling with us several years ago and this year his labours paid off with a class win.

During Sunday morning Kegworth shared car park space with a gathering of Harley Davidson riders off to meet at Boughton-on-the-Water. None of them had heard of the National Rally which confirms it is still motorcycling's Best Kept Secret. 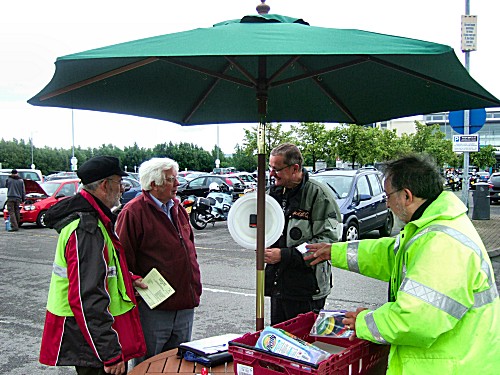 It took hours to discourage Ben from shouting "Get yer card stamped 'ere. Two pounds for one an' a tanner!"

The 2011 National Road Rally operated with a choice of six final controls and it was a popular improvement. The only drawback seems to be the loss of some social aspect of all riders meeting at one place for the finish. It will be interesting to compare views from the Ace Cafe, where most riders were heading for, with the peripheral Final Controls. At Kegworth the views were generally positive and the only impact it had on visit numbers were our Lark Watch from 3am to 6am which was even quieter than usual.

For riders who visit 22 different controls in exactly 540 (official) miles, the six special tests conducted on Saturday morning at MIRA determine the class and overall winners.

See what bikes were used this year. Photos of some are in the 2011 Gallery.

Compare the main players with the way they ran just five years ago. At one time the National Rally was an arena for competition between the manufacturers. See the 1934 report.