During our early morning taxi ride to Pier 39 our driver asked if we would be eating at Original Joes during our stay. We will, and did, as it sounded great, but not until much later in the day. It was around 8.15am when we joined the smallish queue, ever hopeful of getting tickets to Alcatraz Island. We should have booked, of course, but with one thing and another we didn't, and when the loud speakers told us the Alcatraz trips were fully booked I knew I was in trouble as this was one of Helen's only wishes. We stood our ground, consuming coffee and muffins, in the slow moving queue ever hopeful of getting on a boat. In the end it was quite easy, I didn't even have to tip the ticket clerk or vote for George Bush, we just had to take a trip which included Alcatraz and Angel Island. 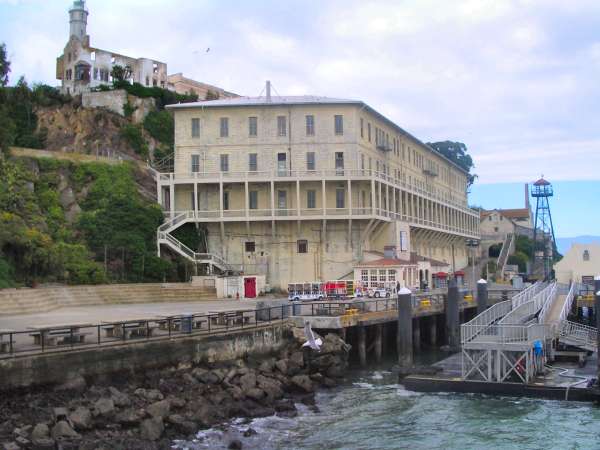 I am sure when Alcatraz was a prison the queue of people wanting to get there was non existent and those who went didn't show the same interest as we were doing today.

The prison is a great day out, another of those things to do before you die, learning all about Al Capone and all those escape attempts prisoners made, the Birdman and how Hollywood embellished his character beyond recognition. Did you know he didn't even have birds in Alcatraz? Then there was the bullet holes from the shoot outs and all sorts of information to fire the imagination. No, trigger the imagination, sorry couldn't stop myself! 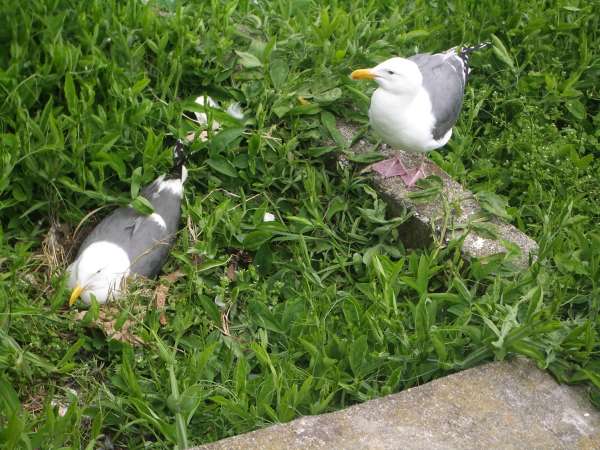 Alcatraz Island is now a nature reserve, but only the nesting gulls seemed know about it, with very few other birds showing. Angel Island, on the other hand, was a totally different place and one I would have much preferred to be especially now with its quiet, tranquil setting. We took a small train ride to visiting each of the island sights, in turn, with a full commentary via our head sets which sounded like it was recorded over the short wave radio, lots of hisses and crackles. No problem for us, of course, as we were brought up on Radio Luxemburg. So what did we learn on our trip? Bird life on the island was almost nil but the automatic guide gave all the info on how the island was used to imprison Japanese immigrants during World War II, so perhaps it was a little like Alcatraz after all.

The weather was still with us on our return to Pier 39 and it was now buzzing with visitors and entertainment all around. 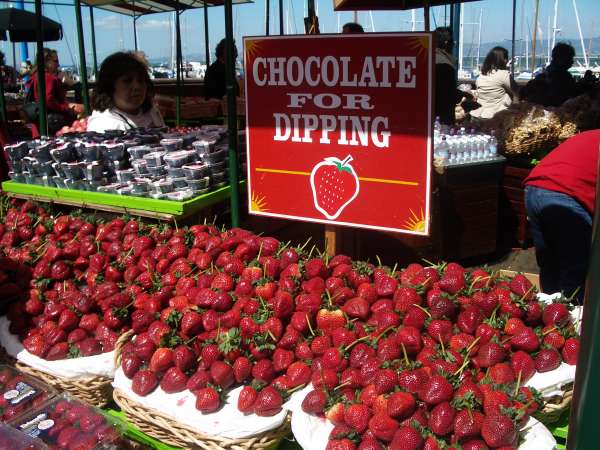 We didn't spot Christine dancing to the live band, during the afternoon, but we did see the biggest strawberries I have ever seen in the street market and the chocolate sauce just sold them to me. 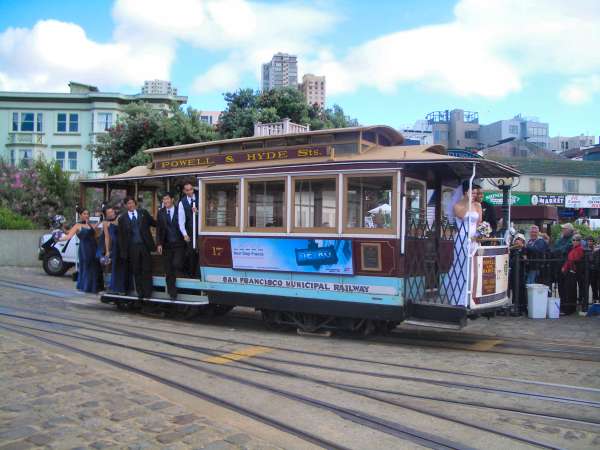 The day was starting to disappear at an alarming rate so a move was called for. We passed by a deli bakery with the bakers showing off their skills, through the large shop window, so we just had to buy some of his bread, we followed it with Irish coffee in the Buena Vista, on the corner of Hide and Beech. 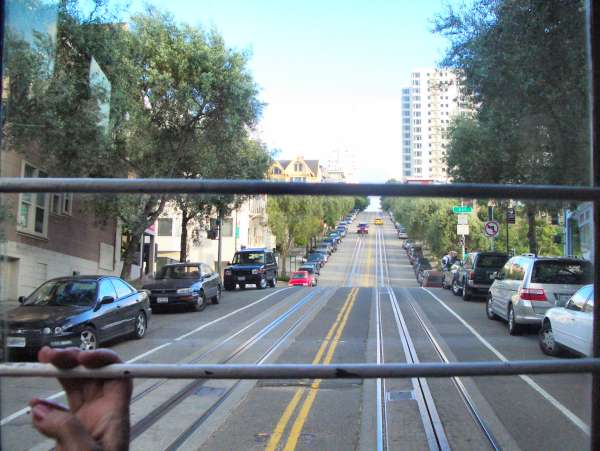 This bar was started by Stanton Delaphane, in 1926, and surely it was the place to be for that special drink before a tram ride back to the hotel. Riding the historic tram was an experience we didn't want to miss so the 3/4 hour wait was perhaps worth it and the new bride having her photos taken on board a tram was just nice to see.

Our driver was one of those characters made for the job so with lots of ding dinging we rattled, along taking in the sights straight out of the film Bullet, but no shoot outs or car chases today just views across the city to Alcatraz. 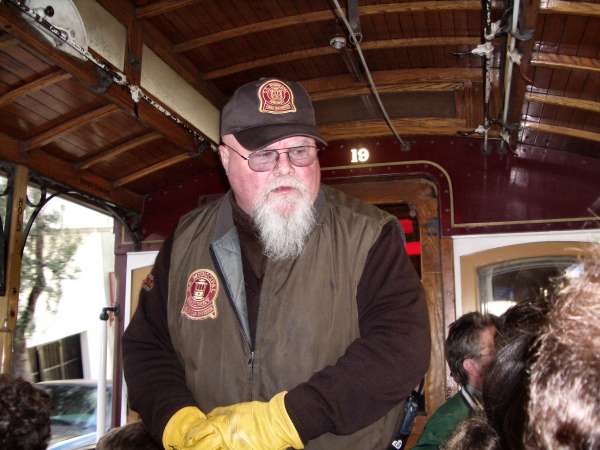 Original Joes Restaurant on Taylor was another great experience not to be missed, but, by the time we got there our energy levels were exhausted, however, you won't find hamburgers like these in McDonalds, real meat, and the cost? $8.50 including Fries, all freshly cooked within view of our table by white coated chefs cloaked in a haze of smoke and steam. I recommend the food and atmosphere to all but, whilst in its heyday this Italian-owned restaurant was, maybe, in an ideal part of town, the area has now lost its sparkle and become 'Down Town', so the locals could make you feel uneasy at times, however, they seemed in their own little world. Was it drugs or alcohol fuelled, or both?

Our night was not finished yet, as the washing had to be completed before Sunday, and whilst the panniers were quite a size, five days were our maximum before seeking out the hotels washing machines, something UK hotels could learn from. I had a nice conversation with a lady from Utrecht, during the drying cycle, about our respective holidays and her home in Holland.