Ron Rutherford was saying how the winter rallies were always the most enjoyable. I guess it must have been the unseasonably mild weather that kept away the rufty-tufty past members. Nevertheless there were enough of us to go through the ritual jokes and "what is the world coming to?" script. 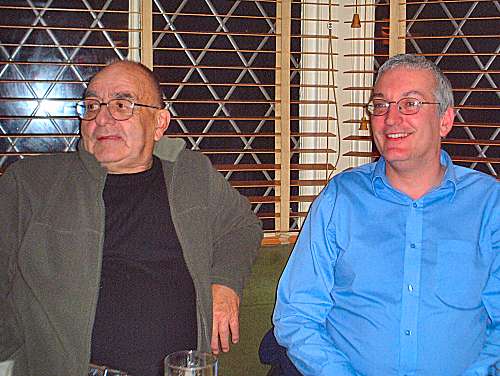 Ron Rutherford was dragged out for a pint by Haydn Wyatt ...

... who needed him along in case he was asked to prove he is over eighteen. 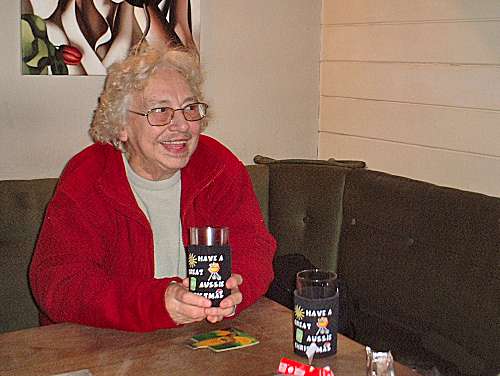 Margaret Wells put one of Victor Smith's Stubby Holders to immediate use ...

... we could have used these to keep her tea hot on training nights. 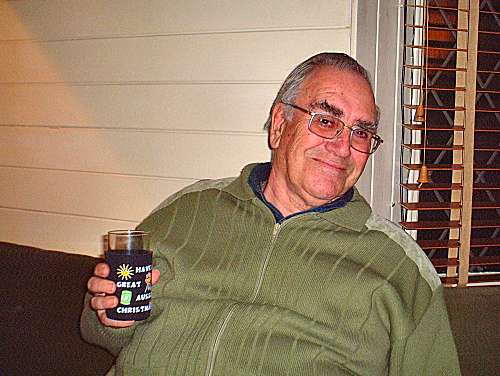 Ken Wells is looking lean. Either his diet of less fattening beans and chips or ...

Thanks to the generosity of Victor Smith in Australia for the red cross parcel of ANZAC biscuits (still fresh as when they were made for the lads in Gallipoli) and stubby holders. What is a Stubby Holder?

Whatever you do with yours, there are a few left to hand out at the post Xmas carousing at the New Ellistown Hotel. First come, get them in.