Alan Jarvis came on a flying visit to the UK and met up with half a dozen old club pals. This was the practice run for next week's send off! 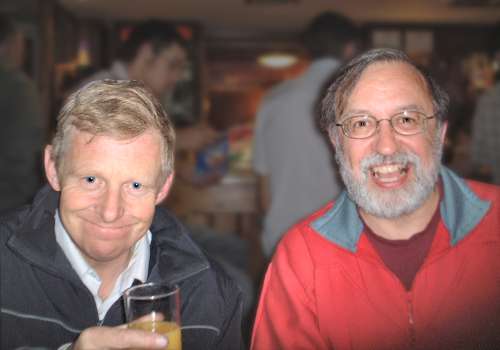 Rob Goddard and Ben Crossley brightened up at the prospect of a free drink.

... but they didn't fancy taking a box of drinking straws all the way to the canal. 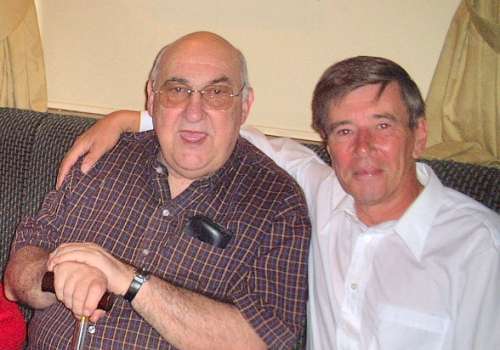 Rod Hull (Pud) was comforted by Alan Jarvis as he panted for his next pint.

... and Alan was holding on to him until he agreed to pay for it. 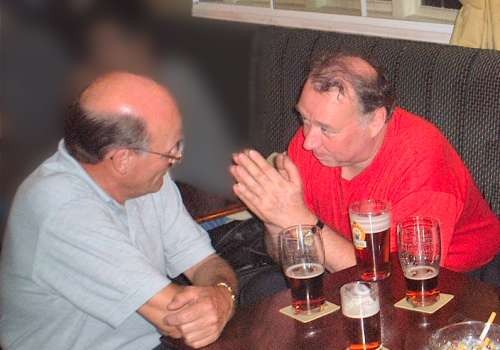 John Parbery begged Dave Parry to tell him how to fit a Bonneville engine into a Morini frame. 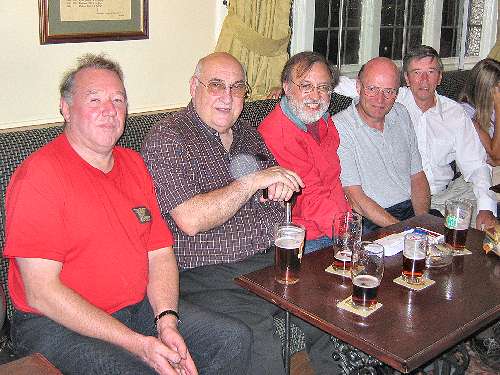 Ray Tranter was the first to arrive at the Star and Garter ... lunch time! He had been thrown out by the time we got there in the evening. Ron Cundell appeared during the evening but did not stay long. 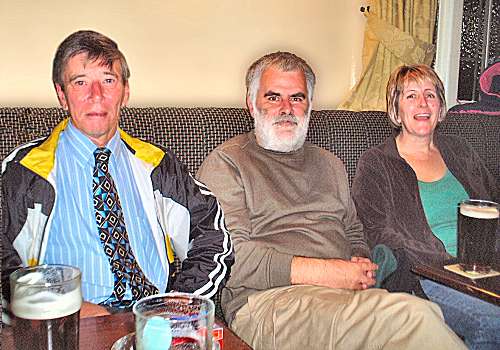 Carol and Peter Juby dropped in on the second event to ensure that Alan did not bring the club into disrepute ... 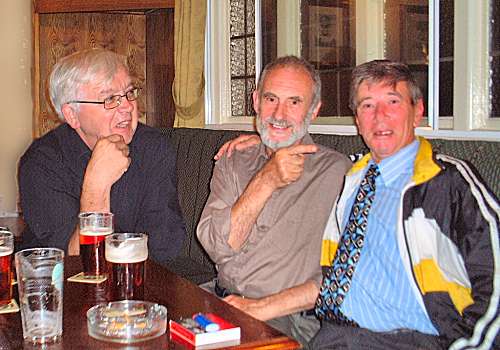 ... probably lost when he was thrown out of the pub last week. 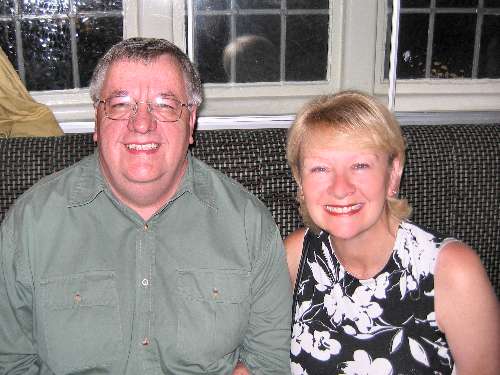 Alan also met up with his old classmate from Dale pre-offenders centre.

... Nice that he was on parole for the occasion. 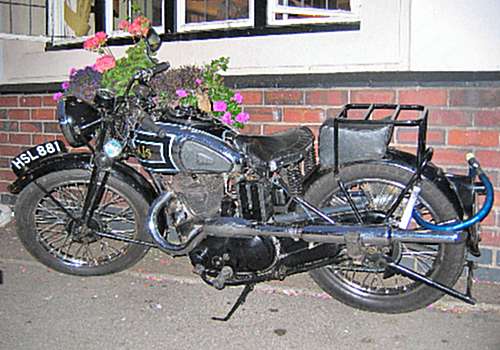 This is John Parbery's blooming AJS.