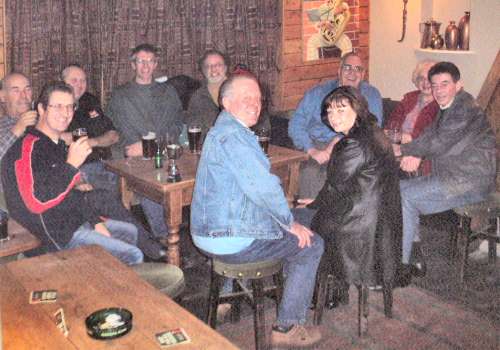 It was not the flash that lit everyone's smiles . . . 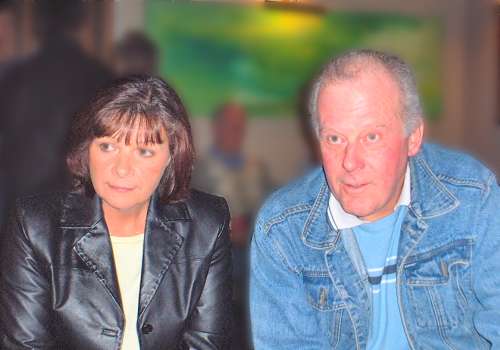 Alan Horne caught up with us and we recalled some old adventures . . . 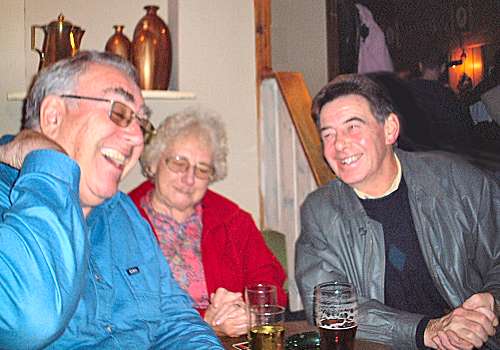 Every time Ken Wells meets Trevor Brewin he ends up falling for the itchy powder trick.

Steve White and Ben Crossley were amused by the beer sucking contest . . .

. . . until they saw that Steve Brown was about to deliver a winning blow. 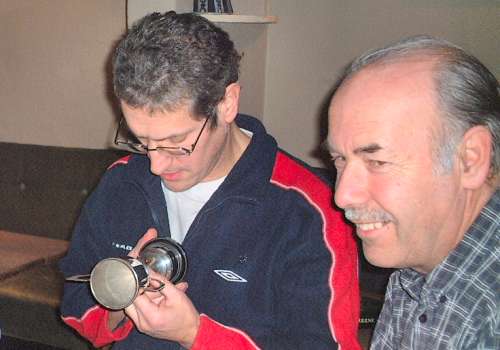 Dave Cockerton bluffed Roland Potter into thinking that the 1963 Daily Mail Blackpool Concours Cup was one of his missing racing trophies. 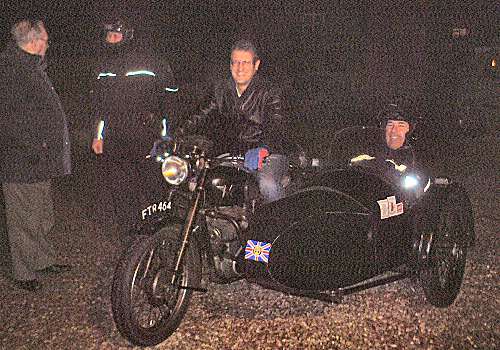 Steve Brown brought Dave Cockerton to the pub in his sidecar.