Martin Sentance suggested that we gather for Sunday lunch so that we could have a more leisurely get-together and meet partners. The meeting at the Hinckley Knight was a great success and is something that we will repeat in the summer.

Eighteen people took advantage of the bar and carvery and thankfully did not annoy the other customers any more than usual. 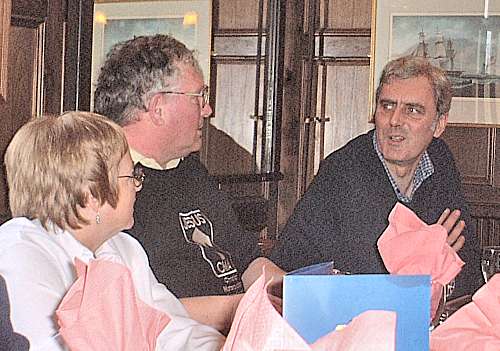 When the Invisible Man sat between them, Helen, Terry and Martin could only tell by his body odour. 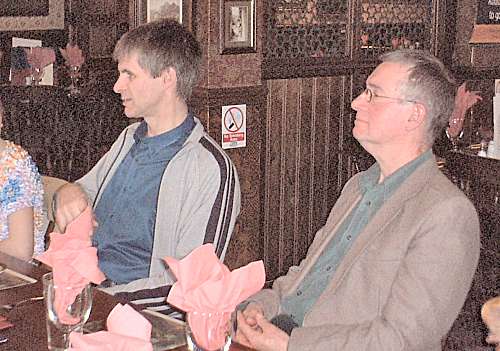 Steve White was confident that Tony would retain his World Thumb Twiddling title now he is competing in the Bantamweight class. 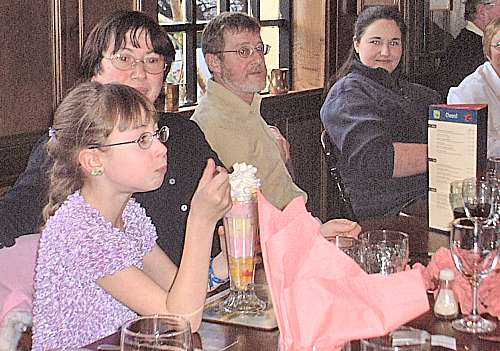 Sacha is obviously descended from the Phoenix line.

Likes her refreshment in a tall glass and with a good head. 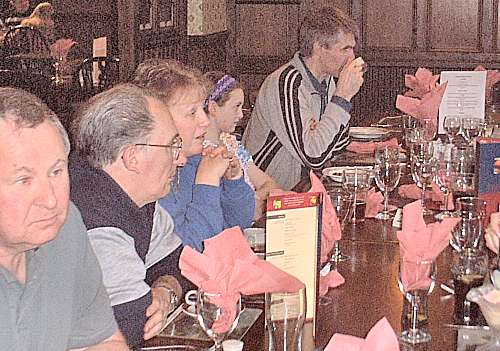 Punters spent some time studying form before the Pudding Race. 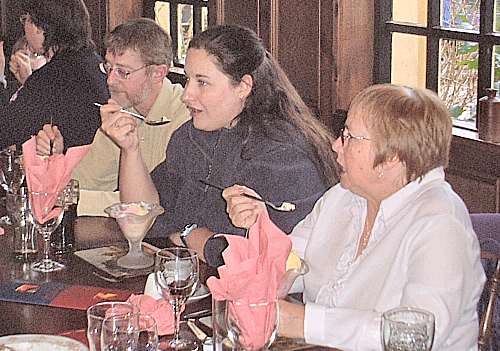 Helen accused Thomas and Jenny of jumping the gun but soon drew level. 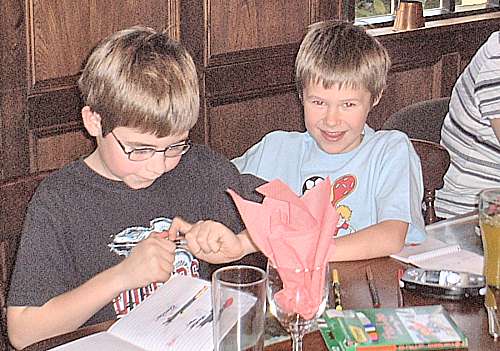 Carl and Jack behaved impeccably and were a credit to dad Steve.

They must take after their mother, Ruth. 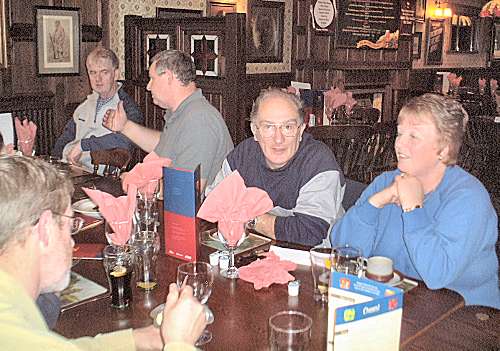 John did not quite know what to do with the big pink thing in front of him.

Jan had an idea but politely kept it to herself.