The second Stinkwheel at Beaumanor was much bigger than the first, partly due to the reputation of last year's event and partly because of the excellent weather.

The Leicester Phoenix Motorcycle Club had a display at the Stinkwheel. It was an opportunity for seven past members to meet the team that is carrying the flag forward into the 21st century with traditional vigour and camaraderie. 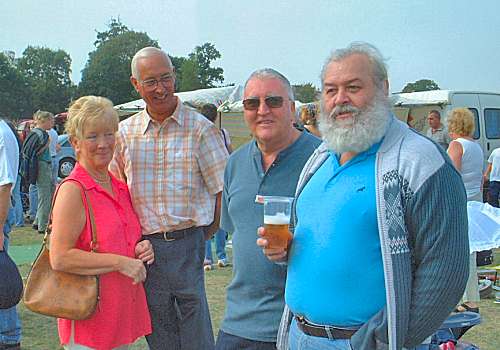 John Beccles found that the smell of a freshly pulled pint can still draw past Phoenix members from miles around. 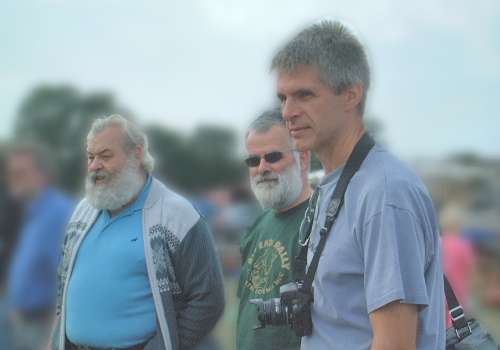 Steve White was unconcerned that he was excluded from the 'Best Birdsnest in a Beard" contest. 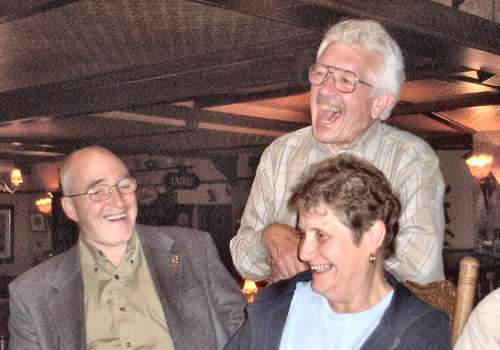 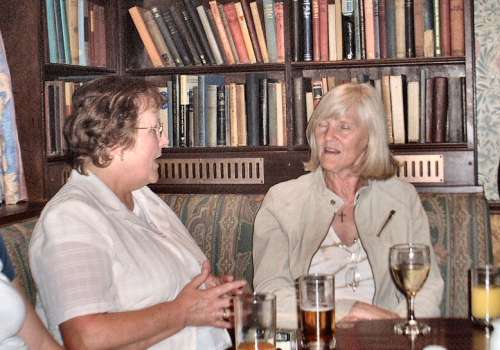 Jackie Howden and Val Fosberry pretended they were in the library discussing fine points of English allegory.

Actually they were discussing five pints of English ale. 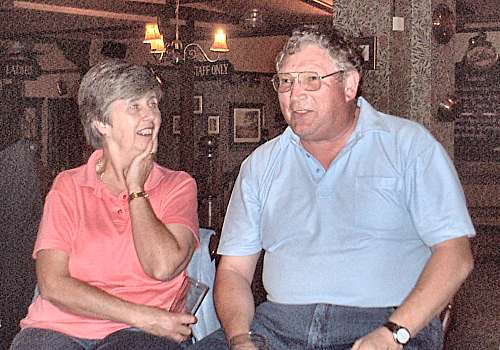 Jan Riddle was amazed that thirty years on Terry can still recite the whole of Eskimo Nell but never remembers an anniversary. 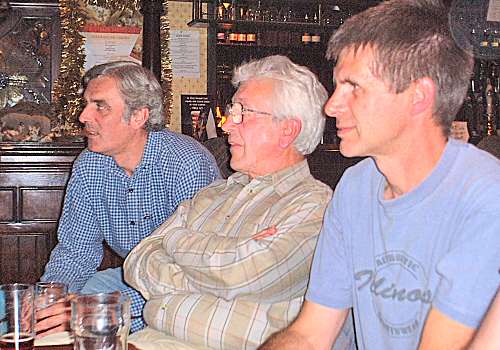 On Friday night Warwick had returned home from the Coach and Horses because he could not find any motorcyclists, only "old people".

He felt much more at home amongst kids from the 70s. 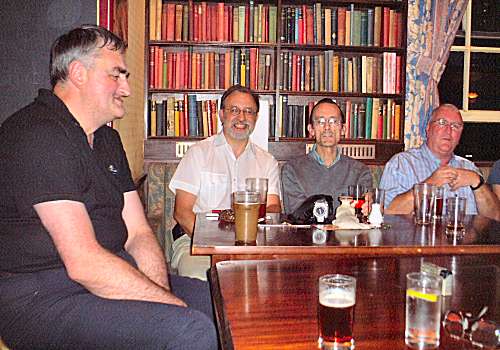 Can you blame them? 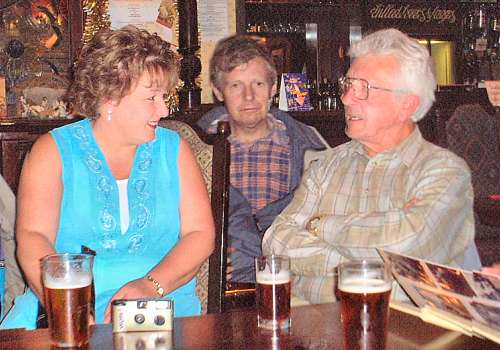 Helen Preston and Rob Goddard were convinced that Warwick was talking a load of bowls.

Warwick thought they were listening.